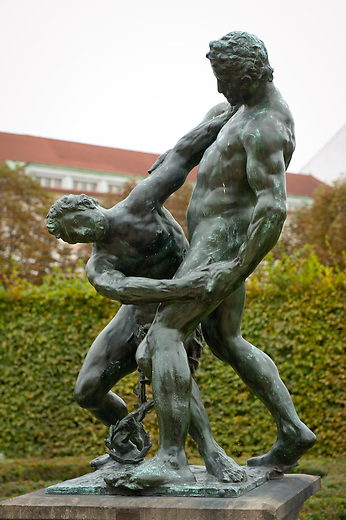 Most of the statues and fountains appearing in the Wallenstein Garden in Prague are copies of originals made by the famous Dutch artist Adrian de Vries. These works of art were stolen by the Swedish in 1648. The copies were brought to the Wallenstein garden much later, in 1912-1918. The statues represent heroes from Greek mythology.