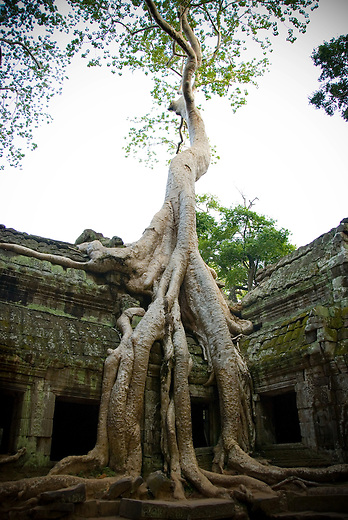 Ta Prohm was built in1186 as a Buddhist temple dedicated to the mother of the Khemer King Jayavarman VII and was originally known as Rajavihara (Monastery of the King). The temple shows off the wealth of Jayavarman VII and shows how powerful the monastery used to be. Ta Prohm also known as the 'Jungle Temple' was one of the few temples chosen by the French restoration team to be left in its 'natural state' as an example of how most of Angkor looked when it was discovered in the 19th century.